Why is Alcohol Called Spirits

Spirited Away: A Bizarre History of the Word “Alcohol”

You might hear the word “spirits” in relation to alcohol and wonder where that correlation comes from.

A quick dictionary search offers our first clue. While there are several definitions of the word, the definition we most associate with the word “spirits” is that ethereal part of ourselves that can’t be seen—our essence, the part of us that is uniquely ours. Some might call this part of us, the “soul.”

Consider the idea of being “spirited away” by something, which implies something both playful and out of your control. This also seems to hint at liquor, a libation which some find freeing with its lowering of one’s inhibitions.

To get to the science of the term, however, it is important to differentiate which alcohols are categorized as “spirits” and which are not. Beer and wine, for example, are two quick eliminations from the category, as are bitters, amaretto, and other liqueurs. This division between what constitutes a spirit and what does not brings our first clue—a clue that will take us all the way back to the ancient and elusive art of alchemy.

An ancient quest for gold

Imagine you are in a centuries-old version of a chemistry lab; you gather with other scientists and philosophers, with one common purpose—to unlock the mysterious recipes behind the creation of the universe. Your lab surrounds you with infinite possibilities:  star maps, mysterious scrolls, and notes you have meticulously taken as you seek the answer to some of the most ancient of riddles.

Perhaps you are searching for an elixir that can grant immortality, much like the legendary Fountain of Youth. Perhaps you are experimenting with solvents. Maybe, and perhaps most enticing, is the search for the Philosopher’s Stone. No, this isn’t Harry Potter’s stone. It was used collectively to refer to a material that had the power to turn ordinary metals into gold.

In the quest, these ancient scientists and philosophers performed a vast amount of chemistry experiments. If successful, the recipes they uncovered could be replicated and  give rise to powerful elixirs and transformative substances.

An important part of these experiments involved distillation—a fancy word that essentially means purifying a substance through processes of heating and cooling. The distillates this process created were thought of as a remnant of the material they were once whole with. They were, in essence, a “spirit” of their former self—and their eerie appearance drifting up into the ether even gave a ghostly impression.

There are other ideas to explore, however. Take, for example, the etymological considerations (meaning, the study of the origin of words) of the word “alcohol” itself. The prefix “al” is a definite article in the Arabic language, much like “the” or “an” in English. Which brings us to two words that sound very much like alcohol: al-koh’l and al-ghawl.

Try saying them out loud, and you might feel that one sounds more like alcohol than the other. But the reality is, anthropologists disagree on which one is the more likely source of the modern-day word. Let’s explore two popular theories…

You may have never associated the macabre and spooky world of ghouls with alcoholic libations, but indeed, there is a compelling reason to think the two are tied together.

Akoh’l is a direct translation of the Arabic word for “spirit.” To be more specific, it indicates a genie that could take on various forms, a supernatural creature in Arabic mythology. However, the genie that the word “ghawl” indicates isn’t the kind you might be picturing—the sort that emerges out of magic lamps, performs musical dance routines, and grants three wishes.

Imagine something a bit more terrifying—a flesh-eating demon, in fact. In ancient Arabic folklore, these grave-robbing creatures lived in burial grounds and other remote places, away from humans. Shapeshifters, they could take the form of animals, and through their cunning they lured unwitting strangers into the desert to be killed and eaten.

It might cause you to wonder—was this a warning to those who dare to over-imbibe? 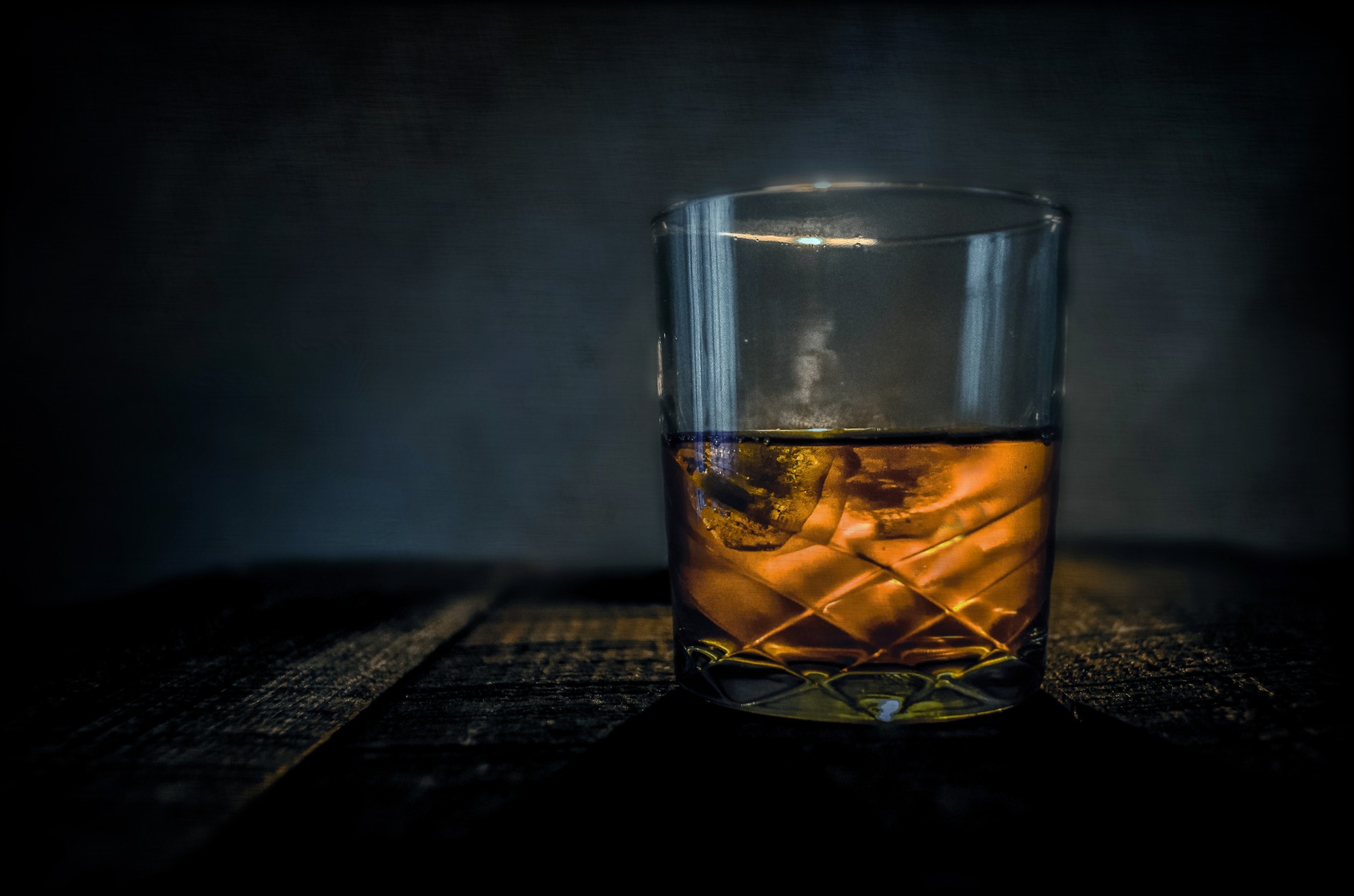 What alcohol, eyeliner, and spirits have in common

There is yet another purported source for the origin of the word “spirits,” and it comes from another Arabic word: al-kohl. For this definition, you need to summon every image you have seen of an ancient god (or goddess) with eyes heavily lined in black eyeliner.

This theory refers to a particular powder, which was called the “ore of antimony” in many early records; and it was created by the process of sublimation. Here is where we circle round, back to alchemy and chemical experiments—without even trying we are right back at a theoretical origin of the word “spirits.”

It helps if you imagine a time when spirits were referred to by such sophisticated phrases as “alcohol of wheat,” or “alcohol of molasses.”. While this may not be the case in a literal sense, it gets closest to the meaning of the word. Consider that alcohol can be used to extract the nature of other elements. Take an obvious example, that of vanilla extract. Vanilla extract typically contains about 35% alcohol. The reason for this is that alcohol serves as a solvent (there’s that alchemy popping up again), drawing out the flavor profile from the vanilla bean’s natural oils and placing those flavors into a distilled liquid environment.

If alcohol refers back to alchemy and the “vapor” or “spirit” that was left behind from the original substance, it makes sense that over time it was just shortened to alcohol, or synonymously, spirits.

Whatever you choose to believe about the history of the word spirits, at the very least, we hope this article will give you something to think about the next time you enjoy your next cocktail. With any luck, the spirits you are about to imbibe will lift your spirits—without causing you to be spirited away—by the spirit of a soul-eating ghoul.