Bourbon is a uniquely American type of whiskey, it was even named “a distinctive product of the United States” by congress in 1963. Long before congress made it official, bourbon had already been recognized as a part of American culture just like baseball and apple pie. The no nonsense drink is a symbol of hard work and freedom to many people who drink it straight or in cocktails all across the country. Created with unique blends of rye, corn mash, barley, and wheat by dozens of different distilleries with their own methods finding a top rated bourbon can be difficult but well worth the effort.

A newcomer to the world of bourbon, Bulleit started using their distilling recipe in 1987, they have already made quite a name for themselves. Producing a high quality bourbon you can find at nearly any bar or club, this particular reserve has been aged for 10 years in an American white oak barrel. During the aging it takes on a spectacular golden brown color that most bourbon brands can’t reproduce. Its flavor is just as rich as its color with a vanilla and fruity body followed by a smoky finish. 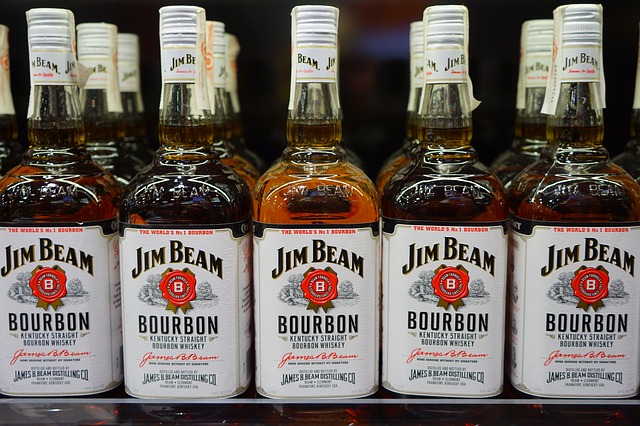 Originally created by a salesman known as Julian “Pappy” Van Winkle in the early 1900’s, the Old Rip Van Winkle Distillery is well known for creating high quality styles of bourbon. Today Pappy Van Winkle’s Family Reserve is distilled and bottled by the Sazerac Company using barrels from the original Stitzel-Weller Distillery. Demand for this 20-year-old reserve is extremely high which means those barrels won’t last for long making it a real prize for bourbon lovers. It boasts the darkest coloring of nearly any bourbon it will fill your mouth heavy flavors of honey, apple, and vanilla that will hit on all of your taste buds.

Already famous in bourbon circles for their 18 and 20-year-old single barrel selections Heaven Hill Distillery recently released their Elijah Craig 21-year-old single barrel selection. It was immediately praised as their greatest offering to date; offering a remarkable brown amber coloring and the high proof point Elijah Craig is known for. That amber coloring has a real impact on its taste that boasts flavors of burnt-amber and caramel that is mellowed by a spiciness that keeps it from being overly sweet.

The best selling bourbon whiskey brand in the world, Jim Beam has become synonymous with bourbon and American whiskey as a whole. offering a wide range of selections, the Jim Beam Single Barrel is among the best straight forward bourbon’s customers could hope for. It’s a full bodied bourbon that lacks the burn that many aficionados love but the average customer prefers not to deal with. Its best to enjoy this selection neat, ice and other additions do nothing but dilute the taste. On its this single barrel offers a clean dry bodied flavor of oak and spice that goes down smooth.

Distributed by Castle Brands, who market a number of different spirits, Jefferson’s Bourbon was founded in 1997 by the father and son team of Trey and Chet Zoller. Jefferson’s is blended in only 15 different barrels aging in them from 21 to 24 years, the Zoller’s methods are a way to pay homage to founding father Thomas Jefferson. Jefferson was also a distiller who used the extra grain from his farm to create his own unique spirits. This 21-year-old bourbon is a fantastic way to pay respect to Jefferson with its rich saffron coloring and mix of sweet woody flavors that goes down easy.

Customers who love whiskey in all its form are sure to have an appreciation bourbon, especially the ones on our list. If you are just jumping into the world of bourbon whiskey than you can use this list as a guide to find the perfect brand for you. Looking at what each brand has to offer in taste, style, and the quality of its distilling process can swiftly narrow down the list of what your wanting to try. Keep in mind though that this list is a small look at the greater world of bourbon so do a little research of your own!