There’s an assumption that all cheap red wine is bad and that the only way to get good red wine is by paying through the nose. This is a myth!

If you’re drinking on a budget, you don’t have to settle for the likes of Boone’s Farm. There’s plenty of red wine out there that’s fit for a date night but doesn’t break the bank.

This isn’t to say that cheap red wine is top shelf. As a general rule, you’ll be able to taste why a $100 bottle of wine costs so much. It tends to have a more complex taste, along with a formidable pedigree. Cheap red wine doesn’t have these same complex notes or the same high-minded heritage, but that doesn’t mean it’s undrinkable.

Cheaper red wine can have its own subtle notes, with the benefit of not having to spend around $100 (at least). This kind of wine is a good idea for the wine you bring to a party or the wine you keep for your weekday nightcap. It’s also not a terrible choice for introducing someone to drinking red wine. To inexperienced and especially young taste buds, wine usually tastes terrible no matter how much it costs. Selecting a good but inexpensive red wine means you’re not wasting the pricey stuff on someone who can’t yet taste the difference.

Here are some good guidelines on choosing a cheap red wine that’s worth drinking: 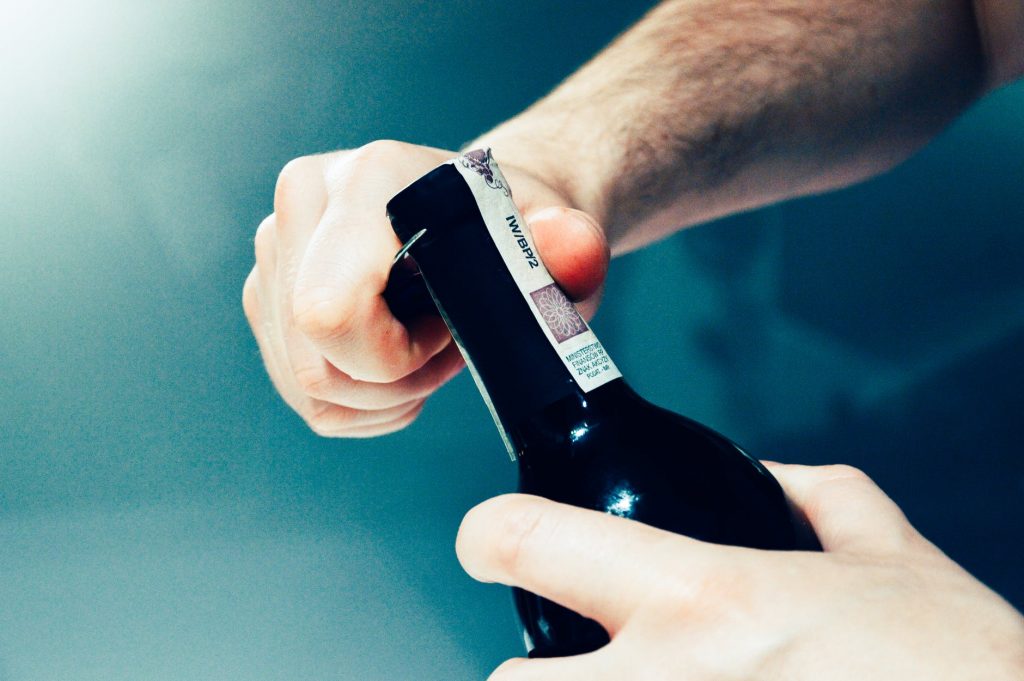 Looking for some common labels that make good and cheap wine? Take a look at this list! You can find many of these wherever wine is sold and at some very good prices.

This is the one with the kangaroo on the bottle. As you might guess from that label, they’re an Australian winemaker. They get a bad rap among wine snobs as being cheap, but the taste is nicely balanced for both their red wines and white wines with the bonus of being budget friendly. They make a nice variety of red wine, including merlot, cabernet sauvignon, and some good hearty red blends.

If you’re on a budget and are looking for a good wine for after work while watching TV, Yellowtail is a good choice. You can also get their bottles with a screw top, which can be very helpful. Sometimes, you just can’t find a corkscrew.

Barefoot wine comes from out of California. It advertises itself as a wine that’s meant to be enjoyed when wearing a t-shirt, not a tux, and it is priced accordingly. They make a variety of reds and red blends. You can also get Barefoot in sets of four tiny bottles, each of which is one glass of wine. Yes, they have screw tops. It’s a good option if you’re just drinking for one and don’t want to find some kind of stopper for your wine bottle.

Barefoot wine is pretty common at large events like art festivals and even concerts. It’s not the most nuanced wine out there, but it’s budget friendly and tastes pretty good.

“Two-Buck Chuck”. This is Trader Joe’s famous budget wine. It earned its nickname from when it was introduced at the low, low price of $1.99 for all varieties. These days the price is around $2.99 in most locations. This is a wine so good it’s won awards on multiple occasions. Most of these wines come from California, though they do have an Australian Chardonnay that is available in a few places.

Unlike the other two labels on this list, good ol’ Two-Buck Chuck can only be bought a Trader Joe’s, since it’s basically their house wine. It is the budget wine, so budget in fact that its budget-friendly status has made a mark on popular culture. It is good, especially for the price, and Charles Shaw is an excellent choice for wine lovers who have to watch their bank accounts but don’t want to drink dishwater.

There are situations that call for a boxed wine and one of the best for your buck is Black Box. A lot of apartment pools, for instance, don’t allow glass containers. If you live in an apartment and want to sit in the complex’s heavily chlorinated Jacuzzi with your glass of wine, this might be the answer for you. If you’re going to a friend’s pool party at their apartment, this might be the answer for you. Just grab a plastic wine cup and you’re good to go.

Black Box has won many awards for their wine and the box will stay fresh for 6 weeks after you open it. They make some good reds and a nice red blend. If you want the benefits of inexpensive boxed wine with the taste of a good bottled wine, give Black Box a try.