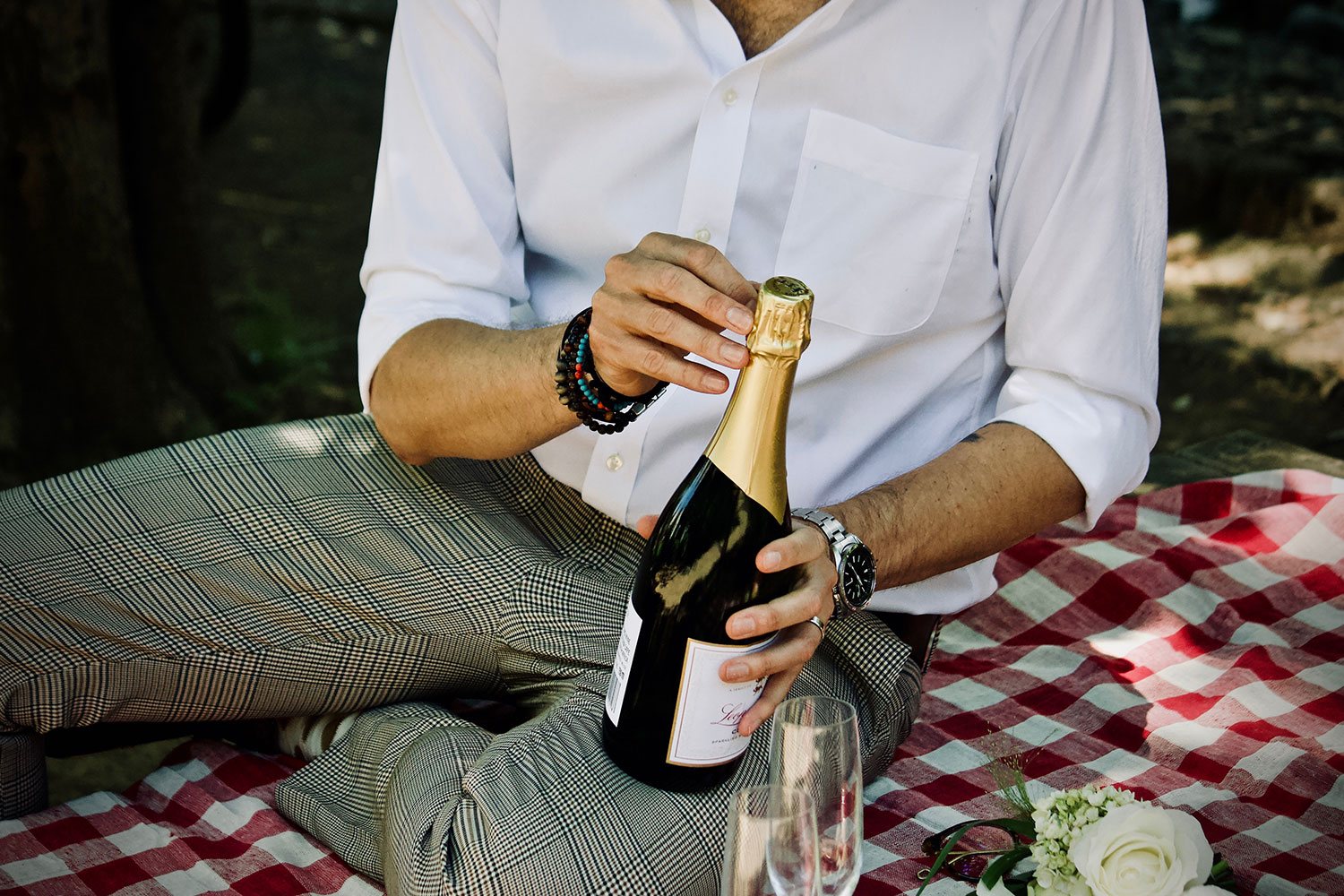 Champagne is possibly the first drink that comes to mind when one thinks about drinks for celebration. But, in terms of good champagne, one might think that they have to shell out the big bucks in order to procure a great bottle of bubbly (Like Dom Perignon or Cristal) in order to party like a rock star. But, you really don’t have to break the bank in order to buy great champagne for an entire crowd, or just to treat yourself.

This is an excellent choice for celebrations and just treating yourself, in general. Apples and coconuts in addition to the standard grapes give it an unexpected extra layer of fruitiness. There’s a bit of spiciness, as well, provided by candied ginger and lemongrass, and it’s sweetened with honey. Floral notes of honeysuckle and lilac give it a fragrant smell. And if all that wasn’t good enough, it has a great, creamy texture. All of the ingredients come together to create a complex, yet refreshing and sweet champagne that’s quite a treat. It can be aged for another 2-3 years, but it’s so good that you’re most likely not going to want to wait that long to try it.

This is not your average champagne. There are notes of all sorts of fruits, including pears, plums, clementine, apple, mango, cherries, lemon, and apricot. There’s just a hint of nut from the almond and pistachio. It also has flavors that are reminiscent of pastry, like pralines and vanilla. It also has a silky texture that’s a delight. With all of these ingredients, it makes for a complex drink that’s definitely worth its price.

The first thing that you’ll notice about this champagne is it’s pink, rosey color. The color comes from the red berries and fruits that it’s comprised of: strawberries, cherries, raspberries, and red currant. There’s also a bit of peach in it, which balances out the fruitiness. There’s a surprising introduction of mint, as well, that goes well with the floral notes and the fruit. It’s getting rave reviews from Tasting Panel, Wine Spectator, and Wine & Spirits. Not only does it taste great, its color makes a festive introduction to any party or celebration.

Pol Roger is a company with a long, interesting history. It was created in around 1855 and has been making great champagne ever since. Winston Churchill was somewhat of a brand ambassador for the company, having a case of his favorite vintage delivered to him with some frequency. It’s a crisp, light champagne that’s great for everyone, even those who don’t ordinarily drink champagne. Case in point, Churchill didn’t even like champagne until he met Odette Pol-Roger and became friends with her. It’s elegant enough to be served at fancy soirees, but also a great value.

This Franciacorta is made in Lombardy, Italy. The creator, Maurizio Zanella, visited Champagne, France and was so impressed with its bubbly wares that he vowed to create something similar when he returned home to Italy. Thus, Franciacorta was born. It’s very similar to champagne, except that different grapes are used to make it. It has a floral and fruity taste, which is present in champagnes, but it’s flavor is distinct enough to stand out and make it clear that it’s not French. It’s also a great choice because its price tag won’t completely break your bank. 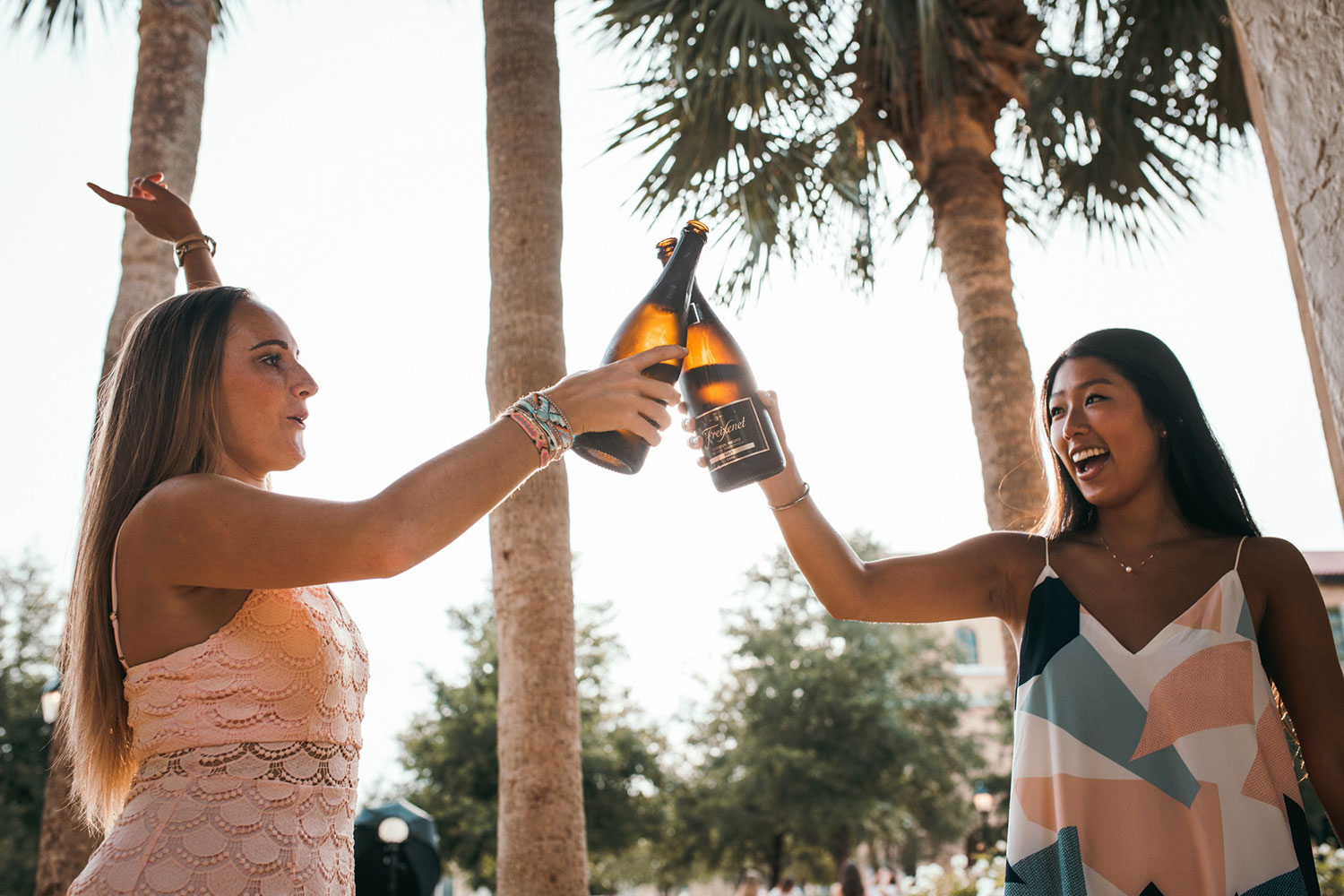 Made in the Anderson Valley region of California, this champagne is elegant and crisp, but also highly affordable. There are notes of pear and pastry, with hints of toast and lemon custard, along with hazelnut. It’s like drinking a fruity pastry. It’s made from pinot noir and chardonnay grapes, as well as some aged reserve wine. Roderer Estate is known for it’s Cristal French champagne, which is a favorite among celebrities, famous musicians, etc. And it doesn’t disappoint with its Roderer Estate brut, providing a champagne that’s refreshing and delicious, without costing nearly as much as Cristal.

This choice was well-received in the wine-tasting community, earning 91 points from Robert Parker’s Wine Advocate and 90 from Wine Spectator. Upon aeration, notes of peach are revealed, along with pineapple and watermelon, giving it a fun and fruity flavor. There is also a hint of spiciness, along with brioche. The ingredients don’t sound like things that would be good together (Watermelon and pineapple?!), but they combine to make a complex, elegant, refreshing champagne.

This is a unique champagne in that the family who make it came from France, but moved to New Mexico, bringing with them all of their wine-making expertise. It’s got notes of apple and toast, which are typical of most champagnes, but with the playful addition of cherry. The finished product is a fruity, floral, crisp and refreshing champagne that most anyone can afford, without the nasty side effects of cheap alcohol.

This Cava hails from Penedes, Spain- just outside of Barcelona. Segura Viudas has been a name in Spanish wine-making since around the 11th century, so they know a thing or two about alcohol. This Cava is a brilliant combination of old-world methods and modern wine-making. There are all of the usual fruity notes, with the addition of tropical fruits, such as lime and pineapple, which give it a unique flavor. It’s definitely worth a try for the price and sure to be a crowd pleaser.

Even though it’s no easy task to find affordable champagne that doesn’t taste as cheap as it actually is, this list should help you to find champagne to fit any nearly any budget.