There’s a perfectly good reason why champagne is considered a luxury item beyond the ken of most consumer’s consideration. Simply put, it is manufactured according to very specific standards; brewed from very specific grape varieties from a very specific region in France and exported only in very specific quantities. Which is why a bottle of premium quality champagne can fetch upwards of $95 or more. And frankly, who has that sort of money to spend on a bottle of bubbly that can only be consumed within a short period of time?

The truth is, most of you do. Consider the average cost of a movie ticket for two (not counting snacks and drinks.) You’ll probably have something to eat afterwards; and unless your tastes run to the dollar menu at your nearest fast food joint, pretty soon that casual date night’s starting to run well over the amount it would cost for a quality bottle of champagne. And chances are, you already know the book is better than the movie.

Which isn’t to say that you can’t find any number of perfectly respectable sparkling wines for a fraction of the cost. You can, and likely already have. But it’s simply not true champagne. They’re perfectly fine everyday alternatives. But you’ll tell the difference after one sip. There are holidays. There are gifts. There are special occasions. And there are times where you simply want to treat yourself.

We’ve assembled an overview of some of the best expensive champagnes we’ve found on the market that you don’t need to be a Rockefeller to enjoy. But before we do, there’s some misconceptions that we need to clear up…

Technically, yes. Champagne is made from fermented grapes (Chardonnay, Pinot Meunier and Pinot Noir,) which are tended to and cultivated in the same way you would expect to find in an average bottle of still wine. The difference is that they’re cultivated in the Champagne region of northeast France, and both grown and produced according to stringent and explicit standards. Legally, to be grown and produced in any other way (and in any other region) is what separates champagne from other sparkling wines, such as Prosecco or Cava.

And while champagne starts off as a blend (in some cases, more than 50) of still wines, it must go through a secondary fermentation process in which yeast and sugar are added to create its characteristic bubbles before it is bottled (and sometimes aged over 12 years) before it can be exported.

If you’ve ever been baffled by the notations and types of champagne, you’re not alone. For newcomers, it can seem overwhelming—especially if you’re not certain where to begin. For simplicity’s sake, let’s break it down to the some of the most common differences you’ll likely to see on a bottle: 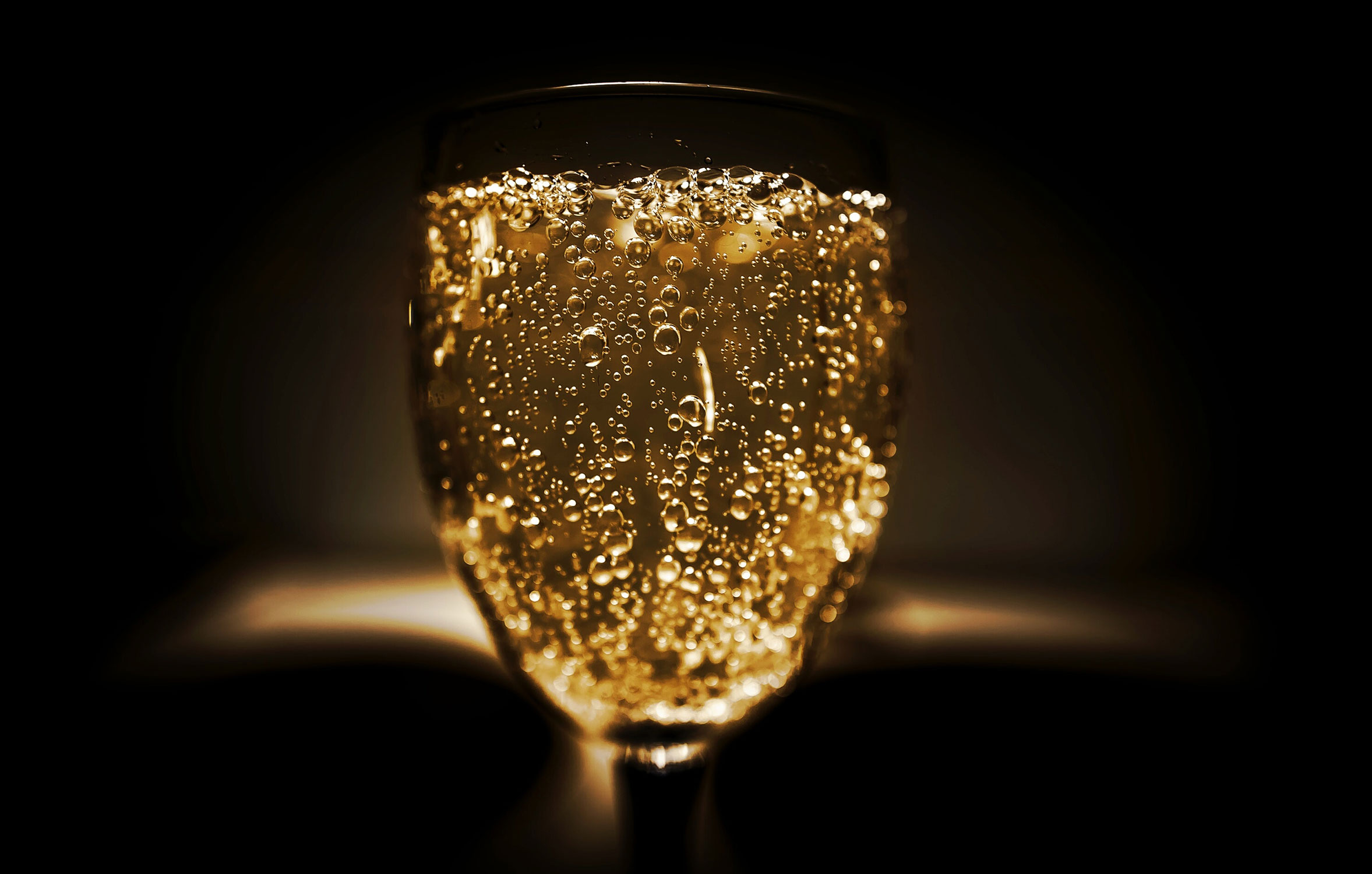 Suggestions For The Best Champagne Brands

A brilliant yellow-gold color and a continuous stream of bubbles are the first things you notice about this brut. After its aroma, which seems to match citrus with dried fruit, you’re treated to a creamy yet dry flavor with delicate hints of spice. 60% Pinot Noir grapes and 40% Chardonnay, and retailing at $99.99 for an average price per 750ml bottle. 12.5% ABV.

With a light gold hue and a nose of dried fruit, this blend of 60% Pinot Noir, 35% Chardonnay, 5% Meunier seems to blend the sharpness of citrus fruit with an almost mineral like, smoky taste which ends with a long finish. 12% ABV, and retailing for approximately $102.99 per 750ml bottle.

A distinct hue of white gold is betrays a smoky aroma. Despite its juiciness, there’s an elegance and order to the flavors that seem to maintain their freshness even after the second sip. Retailing at an average price of $113.99 per 750ml bottle, with an ABV of 12%.

At this point, the Krug name is almost as synonymous as Dom Perignon when epitomizing fine champagnes. Their rosé, however, less so. Which is a shame, as this relatively new addition to the Krug family shows a mature but lush taste, simultaneously dry and rich. Released in limited quantities and retailing for approximately $160.99 per 375ml half bottle. 12.4% ABV.

As to be expected, this demi-sec is a remarkably sweet blend of 50% Pinot Noir grapes, 30% Chardonnay and 20% Pinot Meunier. Yet there’s a maturity and fruitiness to the sweetness, both elegant and lively. Almost as interesting is the rubber mesh suit surrounding the bottle, which is designed to keep the champagne at ideal temperature for up to two hours. Retails for approximately $102.99 per 750ml bottle, with a 12% ABV.

Previous post: Pulque – The Drink of the Aztec Gods