The Story of The Hurricane

The iconic tropical drink has been known to pack as much a wallop as it’s namesake. But where did it originate? Read on for a history, as well as recipes for the best Hurricane cocktail.

When it comes to cocktails, one of the most hotly contested debates is inevitably their origin. It’s as much a point of pride for a bar or restaurant. to lay exclusive claim to be the authentic home of a particular drink as it is to lay claim to making the best. And while it’s true that the origin of the classic Rob Roy or Martini may be forever obscured by the mists of time, when it comes to more contemporary classics the line in the sand is a little more sharply drawn.

The Hurricane? That popular tropical concoction based of rum, more rum, syrup, even more rum and citrus? Well, general consensus has it that it’s birthplace is not the Carribean (despite its suitability) but a few thousand miles north—to New Orleans, to be precise. But despite the confusion about its origin, how it was invented is an even more interesting story.

1933 saw the “official” opening of Pat O’Brien’s—a now beloved French Quarter institution that still stands to this day and recently expanded to two other locations in Orlando and San Antonio. However, 1933 also marked the “official” end of prohibition; an era that marked some of both the darkest days for spirit enthusiasts as well as its most innovative (after all, necessity is the mother of invention.) The bar had been operating as a speakeasy for several years prior, chiefly as Mr. O’Brien’s Club Tipperary where entrance could only be gained by the password “storm’s brewin’.” O’Brien was, first and foremost, a bootlegger; one who got stranded in New Orleans during his travels, and decided to open a small speakeasy to unload some of his surplus cargo.

By the 1940’s, O’Brien’s business had been steadily increasing, in particular due to two unique attractions—the “flaming fountain” located in its courtyard and the twin “dueling piano” bar where local musicians vie to take song requests. However, equally popular was the increased interest in whiskey.

Prior to prohibition, whiskey consumption in the the U.S. was approximately 140 million gallons a year. During prohibition, that consumption grew to over 200 million gallons annually. There’s numerous causes for the increased interest; one being than American whiskeys, such as rye and bourbon, were relatively recent, as opposed to rum (which, by and large, had to be imported from the West Indies—necessitating high retail and wholesale prices.) Whiskey was also fairly easy to produce, even if the  result could be the blindness-inducing concoction of hillbilly moonshine. Another factor could be a sense of patriotism—a patriotism ironic in the face of the same American laws which banned its very production. Rum was, of course, a distinctly Caribbean specialty. Gin? Fundamentally British. Vodka equalled Russian—hence, innately Communist. Regardless of the rationale, whiskey business in the U.S. was booming; so booming that retailers frequently employed extortionary tactics in order to meet the demand.  One tactic included the introduction of “missionary men”—essentially, strong arms sent along with salesmen to coerce bar owners into purchasing large quantities of unpopular booze in order to get their paws on the now dominant bourbon and rye. And one of the most unpopular? Rum. In O’Brien’s case, over 50.

Faced with an excess of a fairly expensive spirit in incredibly low demand, O’Brien had to unload his cases cheaply—and quickly. And given that bartenders know far too well that presentation speaks as much as substance (if not more so,) the enterprising barkeep came up with a novel way to present the Hurricane cocktail. By combining four ounces of rum with fresh lemon juice, passion fruit syrup and crushed ice, he delivered his concoction in the hurricane lamp-shaped glass that would give the drink its namesake; and subsequently transformed an otherwise maligned liquor into one of New Orlean’s most iconic cocktails.

But while New Orleans provides the strongest argument for the Hurricane’s origin, other cities maintain the cocktail was born with them—and provide fairly convincing variations. In Nassau, the drink is made from Grand Marnier, coffee liqueur and Bailey’s Irish Cream, while Nashville (obviously, no stranger to tropical environs!) provides its own unique riff, mixing light rum, orange juice, pineapple juice, lime and—intriguingly enough—Galliano.

In our opinion, we owe it to Pat O’Brien and the city of New Orleans for providing us with a potable both prized, potent and patriotic; even if it forces us to indulge in creative alliteration. But we also owe it to an inherently non-domestic spirit—in this case, rum—to prove both versatile and dynamic enough to adapt to any cocktail. Not the least of which being the Hurricane. 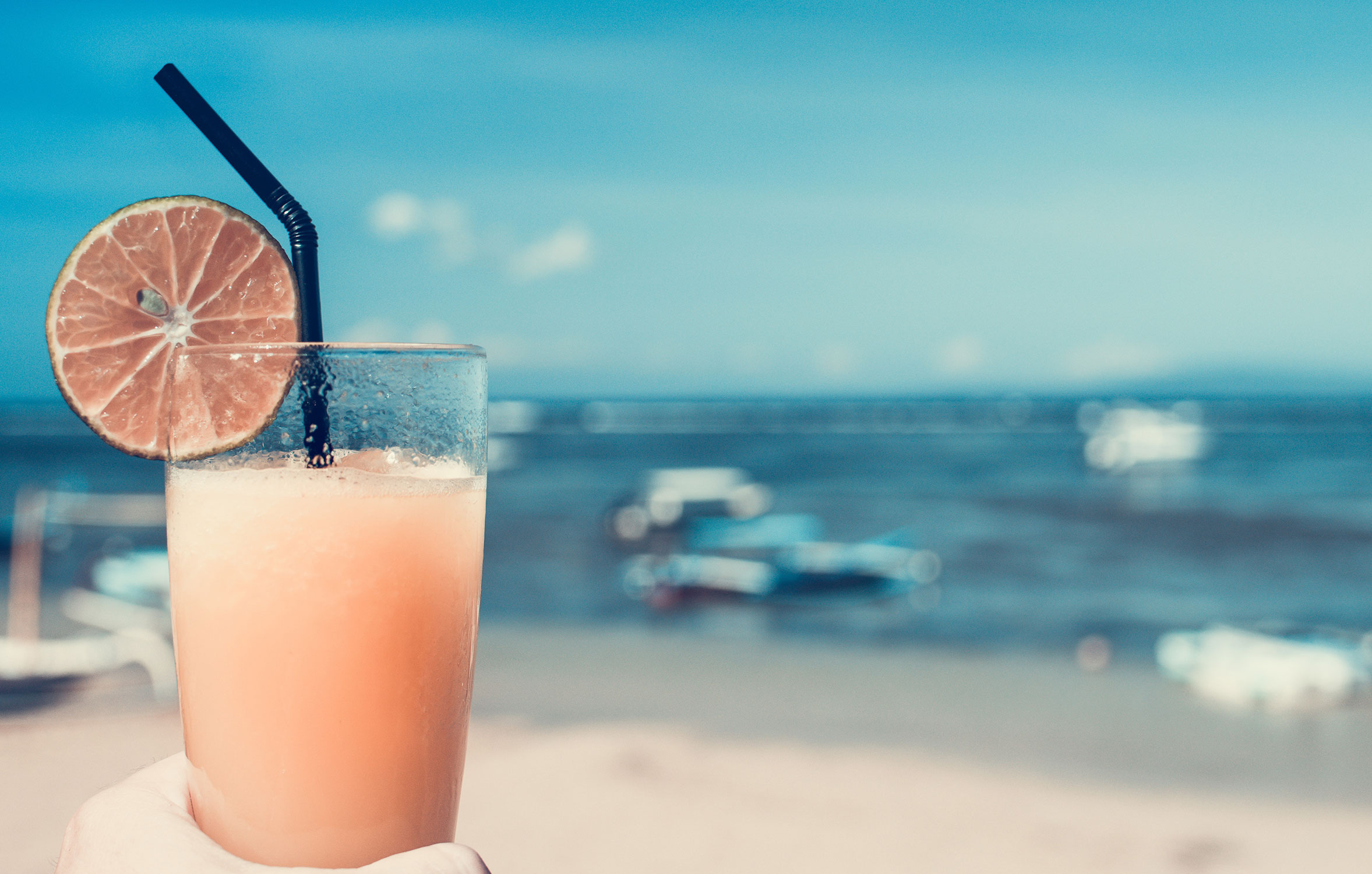 Recipes for the Best Hurricane Cocktail

According to the first printed recipe for the Hurricane (by O’Brien’s bartender Louis Culligan in Cabaret magazine of 1956,) the authentic drink calls for a cocktail shaker to be filled “⅔ of the way with ice and add ingredients. Shake hard, then pour unstrained into a large Hurricane glass. Add more ice as needed. Orange slice and cherry garnish optional.”

Mix all ingredients in an ice filled shaker (save for orange slices) and shake vigorously for at least 15 seconds. Strain into hurricane glasses. Garnish with orange and serve.