In choosing the perfect whiskey for you several factors need to be considered. Unlike other liquors, whiskeys come in many varieties and choosing the top ten is impossible.  Each kind has its own distinct body, coloring and flavors unique to that style.  Choosing the top ten then becomes a matter of preference more than anything else.

Scotch Whiskeys  – Is made from Scotland with a mixture of 51% barley as their prime ingredient.

Canadian Whisky – Made from a blend of corn, rye and barley, its smoothness is attributed to the arctic cold waters in which it is made.

Irish Whiskey – Also made from barley like Scotch Whisky but the Irish dry their barley over kilns with peat smoke giving it an incredible smoky taste.

Malt or single malt whiskey.  No, it is not some ice cream concoction that you get at the local 31 flavors but it is a grain that is soaked in water until it germinates and then quickly dried in hot air.  A single malt whiskey is made entirely from one type of malted grain, usually barley and is cultivated near the location of the distillery.

Because of the wide range of whiskeys on the market today it is hard to determine exactly which is the best out there.  There is always a matter of taste and their preferences.  But here is a list for your consideration…

A Scotch Whisky considered to be one of the best aged blends of scotch available. A luxury blend, this blue label is a limited edition bottling of this world renowned Scotch. Only one in 10,000 casks produced by Johnny Walker can receive the blue label. The casks they are aged in help to produce a robust and smoky flavor.

The largest selling whiskey in India selling a whopping 16.2 million cases in the US last year. A blend of Indian Malt Spirits creating a unique combination of flavor that is both smooth and strong at the same time.

Another Indian Whisky that has made its mark on the US industry. This whisky embodies the aroma of the wood it was aged in. A light, mellow blend with a flavor that sets it apart from all the others.

A high quality regular whiskey with an exclusive taste. Known for its strong blend and malt-like aroma with just a touch of wood. This whiskey is distilled from fermented molasses.

It takes some of the best Scotch malts from Scotland and blends them with Indian grain spirits to produce a unique and smooth blended whisky. Because of its smoothness it is one of the few Indian whiskys that can be served on the rocks.

A blended single malt whisky combined with the Irish grain whisky with a rich, warm taste of fresh fruit and vanilla.

A full-flavored Bourbon Whiskey. Aged in barrels made of French oak staves to create a much bolder taste that combines all the right flavors but none of the bitterness. 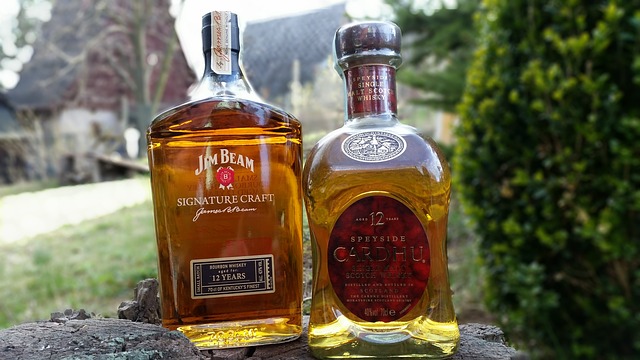 This mahogany colored whiskey has an aroma of vanilla, corn and spices. The flavor of Cedar and Oak gives the drink a touch of bitterness and the sweeter flavors compliment the bitterness so that one does not overpower the other.

A grainy and woody concoction with a little spice and a hint of caramel that lingers. First a rye flavor followed by a spicy little bite.

A Barrel Proof Bourbon. The alcohol is not diluted during the bottling process so you get the full impact of the liquor. Full-bodies with a pinch of black pepper and almonds on the palate.

When it comes to choosing the best whiskey there are challenges. Whiskey is one of those potentates that can appeal to just about everyone who has tasted it. It is a drink that appeals to the elite class with its smooth body and warm enticing flavors and at the same time it appeals to the rough and tough hombres that want a drink that has a little bite to it. Add to that the many different types of whiskies to choose from it is hard to come up with a list of best whiskies that everyone will agree on. In this list we have tried to compile some brands and blends that will be right in the middle of the road and hopefully all will find choices that will appease their palate. 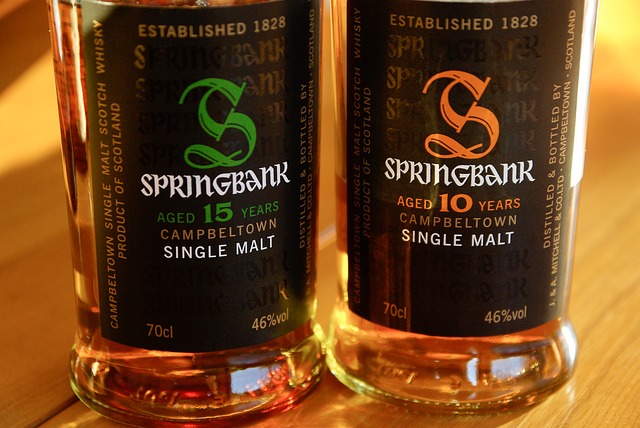 A fruity taste of dried oranges with a touch of paprika for spice. The flavor is a balance between dry nuttiness with lime and chocolate.

This smooth drink has an oily nuttiness combined with cut herbs and rubbed peppermint leaves.

This Irish Whiskey is a combination of lemon and lime zest, kumquat and blood oranges flavored with vanilla and nutmeg.

A taste of dried fruit with red licorice. The taste is firm, nutty and clean.

This amber liquid has brown sugar, toasted nuts and an earthy peat smoke flavor. You can taste a touch of cinnamon, nutmeg, dried fruit and herbs.

A deep, dry sherry with loads of chocolate, maple syrup, plums and herbs. Not very smoky.

A strong sherry with chocolate, walnut peels, dates and raisins, a little bittersweet to the taste.

A soft, malty and nutty flavor with dried apples and pine needles in the background.

The flavor is of a woody marmalade with candied oranges. A strong bitter flavor with a woody background. A little bitterness can be detected with a tad bit of licorice.

A taste of smoky, burnt heather and oak. A combination of blackberries and fruit with a hint of grapes and spices.

A Canadian Blend with a smooth minty rye with a combination of apple and ginger. A little taste of spice at the end.

A thick, Irish Blend with a hazelnut flavor with a touch of mintiness.

A universal whiskey with an oaky flavor mixed with spices and a touch of lemony sweetness.

A blended Scotch with a combination of oak with honey, lemons and variety of spices.

A Japanese Blend of apples and coconut mixed with persimmons. A smoky oak flavor with banana spices at the end.

Again, it goes without saying that when friends touch glasses it really doesn’t matter much what a stranger may say is the best. The whiskey you choose will suit your palate and your tastes. Your ultimate goal when your glass of whiskey touches your lips is merely to enjoy it. Drinking whiskey is more than just tasting. To really get the most out of a good glass you must involve your sense of sight, smell, taste and touch. When all of these senses are pleased you have found your best whiskey.

Whiskey can be used for just about any occasion. If you are looking for an after dinner cocktail to try to cut the sweetness of that gooey desert or pie try this recipe to smooth out the palate.

Mix all together and shake well with ice. Strain into a pre chilled glass and add a slice of lemon as a garnish.

Next post: Top 10 Most Expensive Whiskies in the World