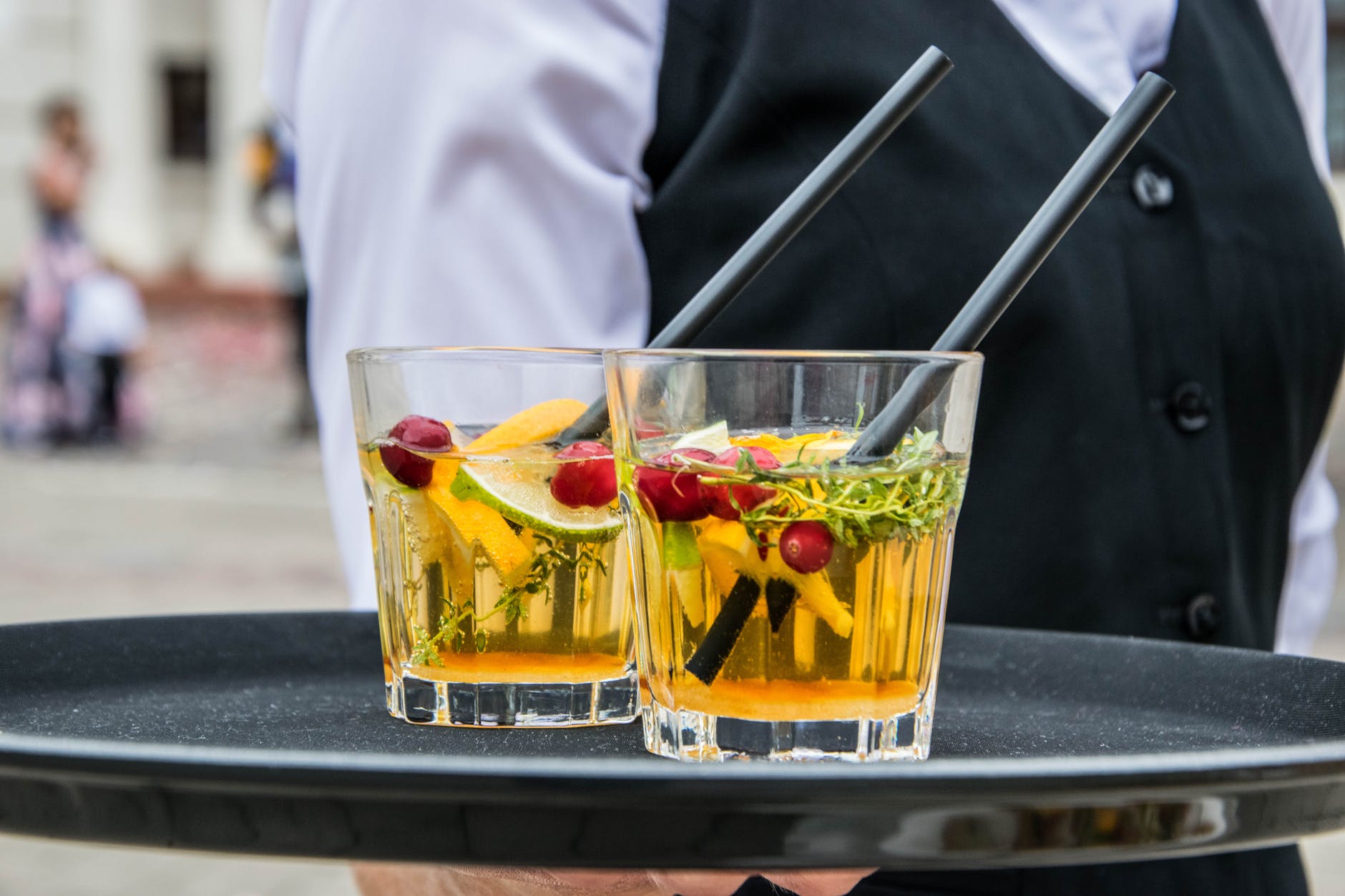 Rain or No Rain, Whiskey Will Continue to Reign: 6 Whiskey Cocktail Recipes Worth Trying This Summer

It would be a unforgivable mistake to believe that whiskey is a seasonal indulgence. Summer drinking necessitates long bubbly sippers, fresh produce, and sweet refreshers. Here are some of the most popular whiskey recipes that are ideal for long and balmy afternoons and can be consumed from June through September.

This ginger-infused drink got its name from a spirally long lime twist placed inside the cocktail glass.

Peel one lemon with the help of a channel knife and scrape a long and twisted spiral. Rotate the peel around a bar spoon for making it curly. Take a highball glass and place the peel inside it. Drape its one end on the edge of the glass to make it stay in place and put some ice in the glass. Add bitters and bourbon and pour ginger beer on top of them. Stir until dissolved completely and serve.

The Bourbon Rickey happened to be the original Rickey but the Gin Rickey became even more popular later on. First crafted in the year 1883 at Washington’s Shoomaker’s bar (now defunct); this elegant mix of club soda, bourbon, and lemon was successfully collaborate by Colonel Joe Rickey and the bartender George Williamson. When George added a lemon half to Rickey’s typical order of sparkling mineral water, ice, and bourbon; the end product was an instant hit and everybody started asking for Joe Rickey; which later changed into the Gin Rickey or the Bourbon Rickey depending on one’s preference.

Squeeze the citrus into the glass before dropping it in. Top the lemon with bourbon and pour club soda on the surface of the drink. Stir shortly with a standard bar spoon prior to serving.

The Blinker first emerged in 1934 in “The Official Mixer’s Manual” written by Patrick Gavin Duffy but its popularity decreased with the passage of time. It resurfaced again when Ted “Dr. Cocktail” Haigh came out with the updated version of its recipe in “Vintage Spirits and Forgotten Cocktails” published in 2009. His improvisation was small yet mighty, as he suggested blending the drink with raspberry syrup in place of the original grenadine.

Muddle all the ingredients (excluding the grapefruit) in the cocktail shaker and shake well. Take a chilled cocktail glass and strain the mixture into the glass. Put a grapefruit twist for garnish.

Ingredients for the Strawberry Syrup

Add sugar and water in the saucepan. Keep stirring over low flame and wait for the sugar to dissolve completely. Then add raspberries and start to stir again and allow them to disintegrate by turning into a thick pulp. Strain the mixture into one sealable jar and put it in the refrigerator.

This herbal variety of whiskey sour incorporates the honeyed and smooth flavors of the Powers Irish Whiskey, along with a refreshing sage syrup and the floral Saint-Germain for one such savory perfection in the cocktail glass. The deep-fried and salted sage leaf garnish contributes to the earthy aroma of the drink and also doubles as a tasty snack.

Add half a cup of vegetable oil in a small pan and heat until it starts to crackle. When hot, dip fresh sage leaves in the oil and fry to make them crispy. Now remove the leaves from the oil and place them on a paper tissue for drying, prior to salting. Finally, add all the remaining ingredients in the cocktail shaker along with ice and shake hard. Take a rocks glass and use a Hawthorne strainer for straining the mixture into the glass. Add some fresh ice and put the salted and deep-fried sage leaves for garnish. 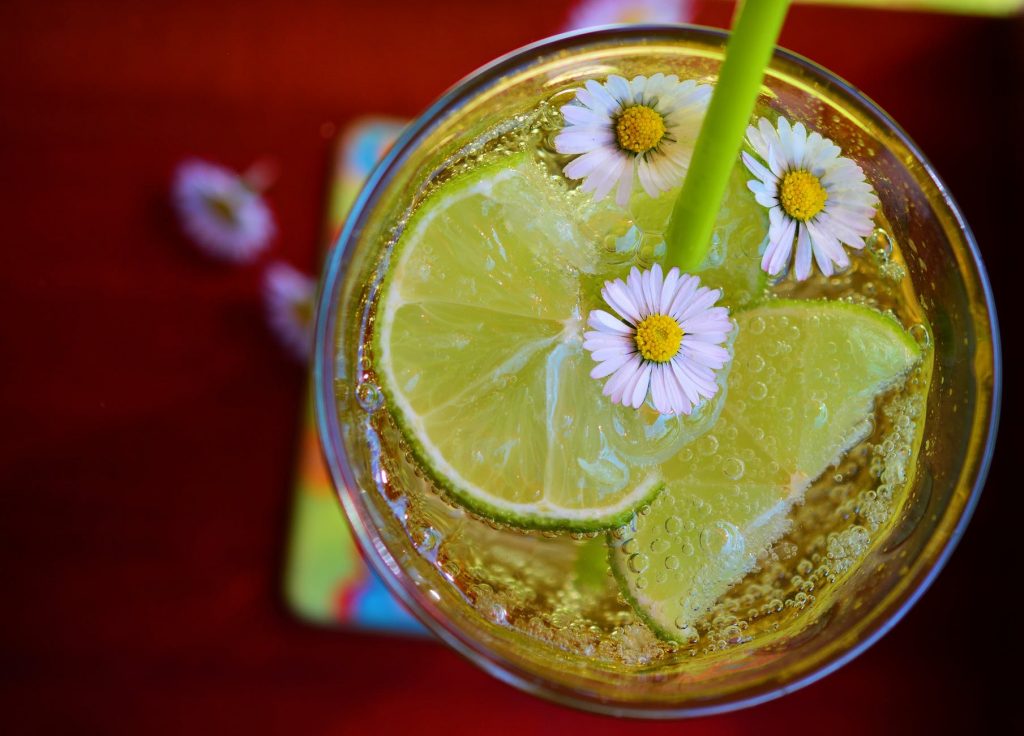 Ingredients for the Sage-Honey Syrup

Honey, half a cup
Sage leaves, farm fresh and de-stemmed
Water, half a cup

No one has got the faintest idea why Cameron required a kick or even who that person was?! An unique blend of Irish whiskey, scoth, lime juice and orgeat; this dirnk was originally published in 1922 in the “Harry’s ABC of Mixing Cocktails” authored by Harry MacElhorn. It tastes like dry, nutty, sour and smoky.

Add ice and all the ingredients in the cocktail shaker and shake well before straining the mixture into the chilled coupe.

Prepared from caraway-heavy aquavit, rye, celery bitters and cumin-tinged Kummel for a sharp edge; this Sazerac will offer vivid images of dewy grass and as the drinker nosedives into the massive repository of aromatic fennel fronds; blossoms will begin to burst in the brain with every little sip. One simple rule of thumb will suffice, winter is not over until one can retire the coat, and it is not summer until one has had the first Daiquiri.

Take a rocks glass and rinse it with Kummel before putting the glass in the refrigerator. Now take a chilled mixing glass and add aquavit, rye whiskey, ice and bitters and start to stir. Then strain the mixture into the rocks glass with the help of a julep strainer. Mist the absinthe on top of the finished cocktail using an aromatizer and put fennel fronds for garnish.